I've always loved Pluto, and to quote one of my facebook friends, it apparently loves us: 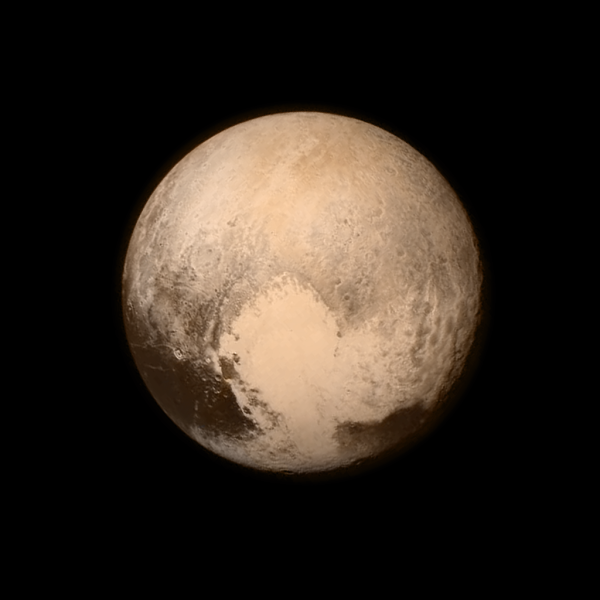 the years
between us
Pluto flyby


One of my favorite poems that I've written about Pluto comes from 1997, "Pluto Waltzes," which was originally published in Tales of the Unanticipated #17 (winter 1997)

at the edge partnered in eccentricity
embracing a moon-spouse in the icy darkness
twirling oddball lovers oblivious
to the natural turnings of the universe
dancing out of step, leaning askew
hearing the flutes of a minuet
while the solar system fox trots