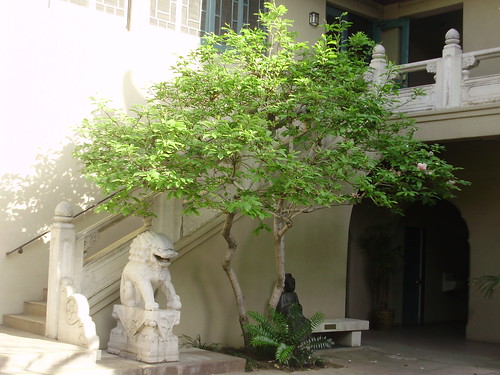 The Japanese Magnolia tree in the courtyard of the Pacific Asia Museum is green now, with few blooms left. Has it already been an entire month since the big HSA weekend?

Haiku seems to be gaining momentum in Southern California. On Saturday, we had an anonymous haiku workshop and 21 people showed up! We barely had time to get through all of haiku. But several people told me afterwards that they learned a lot from the experience. There were a few poems I would have liked to have workshopped a bit longer, but hopefully the poets were able to take away something useful from the exercise.

Michael L. Evans was our guest poet, visiting from Port Orchard, Washington. After the read-around, he read a short selection of his haiku before we started the workshop. 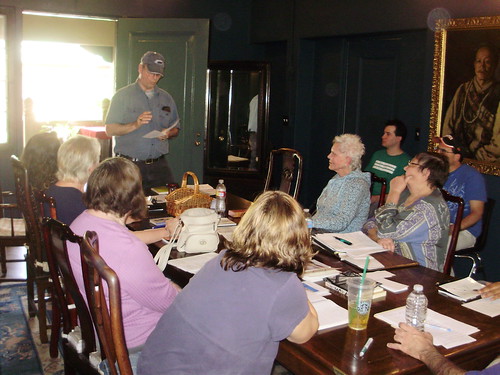 Billie Dee, our 2010 anthology editor, came up from San Diego with Seretta Martin. I'm currently working with the museum to schedule the 2010 anthology reading. Billie will be accepting submissions from Southern California haiku poets through May 15th.
Collapse