Naia and I had been toying with the idea of hosting a Quarterly Meeting of the Haiku Society of America, so when the opportunity suddenly presented itself, we decided to go for it.

The result was three wonderful days of haiku in Pasadena. The weekend festivities kicked off on Friday night, February 19, 2010, with dinner at Burger Continental

In spite of its name, Burger Continental is not a burger place. It serves wonderful Middle Eastern dishes with wonderful names like "Chicken Erotica." I could personally live off their salad bar.

jangle of coins
from a belly dancer's belt...
my own blue scarf 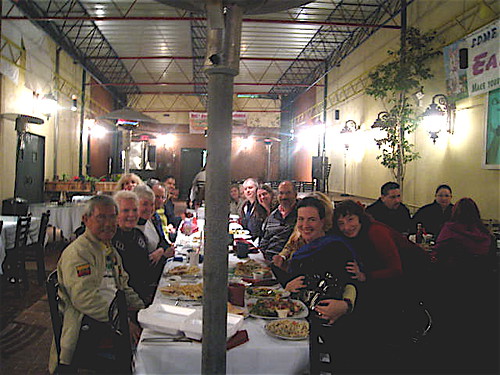 no herons or lilies...
the night throbs
with haiku

I've posted more photos of the HSA Weekend on Flickr.

Before I even had my coffee, the Executive Committee of the Haiku Society of America was meeting at the Pacific Asia Museum. The rest of us arrived at a more leisurely pace, greeted by the Japanese magnolia blooming in the courtyard and friends we hadn't seen in a while. 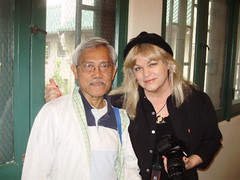 First on the agenda was a performance of haiku and haibun inspired by the art of Hyunsook Cho, organized by Naia and Kathabela Wilson. Cho's "Sketches of China" was part of a special exhibit in the auditorium foyer. Rick Wilson accompanied the poets on flute. Poems were collated with photos of the art in a gift booklet for meeting attendees. 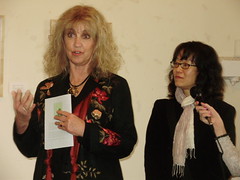 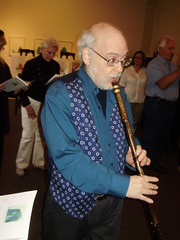