It’s been over a month now, and I can’t believe it’s taking me so long to process my images and impressions of Canada! Without further ado, this is an entry for the beginning events of August 5, 2009:

There is no argument. After a tip from

tithenai, Naia and I discovered for ourselves that the best scones in the entire world are found at The Scone Witch in Ottawa. Far from hard and crusty, these were savory and moist and melt-in-your-mouth yummy. We both had feta and herb scones topped with baked cheese and bacon. If only a clever spell, we both easily succumbed to it. 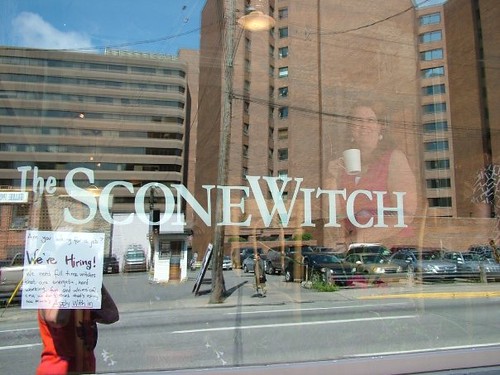 Leaving the Scone Witch, we ran into Emiko, clutching an envelope of handouts (presumably for HNA), as she dashed in for her own scone meal. Meanwhile, Naia and I headed towards Wellington Street for more sightseeing.

As we passed the National War Memorial, we were met by a bagpiper leading a small group of soldiers on their way to a Changing of the Guard Ceremony over the Tomb of the Unknown Soldier. 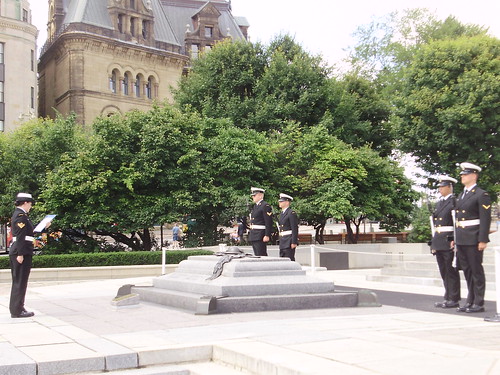 We crossed the street, paused for a moment at an outdoor noon concert, before taking the stairs down to the kiosk for Paul’s Boat Lines. We bought tickets for a Rideau Canal cruise. For the next hour and a half, we cruised by the Canadian equivalent of the Pentagon, the University of Ottawa, a stadium, churches and upscale neighborhoods on our way to Lake Dow and back. We even passed under a drawbridge.

Green areas and bike paths framed both sides of the canal and Ottawans were cycling, jogging, and roller skating. Others were out on the canal in small motor boats, kayaks, canoes, and paddleboats. The people of Ottawa were enjoying a day of sunshine, as were we. 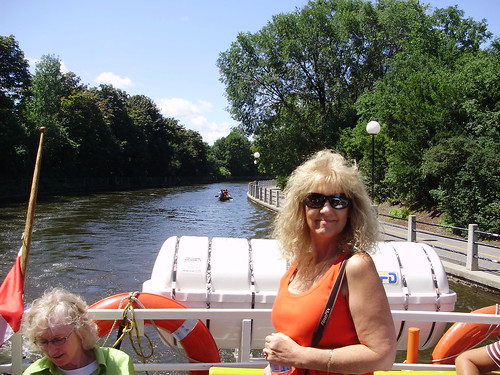 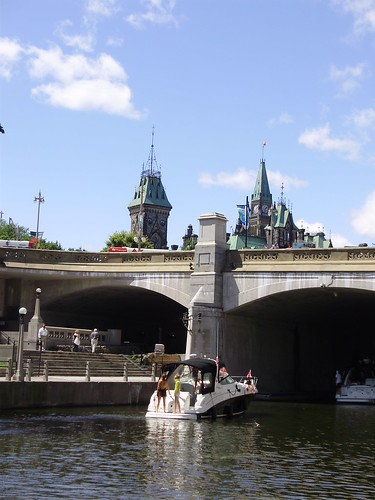