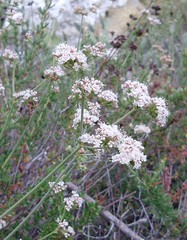 samhenderson and I were the only poet hikers. Although to be fair, one of Sam's daughters wrote a haiku! (Sam's hubby and daughters went, too).

There were tons of wildflowers in the canyon...a very inspirational day for a haiku poet! Among the blooms, we saw:

I am still trying to identify a few flowers so if anyone has any ideas about the unnamed flower photos, please let me know.

There were dried pods of wild cucumber, tadpoles in the stream, salamanders in the deeper swimming pool, lots of algae...and one of Sam's daughters saw a snake.

Being very overcast, there were no butterflies at all, compared to last week where they were everywhere. Unfortunately, I did see a dead chalcedon checkerspot in the creek by the bridge. 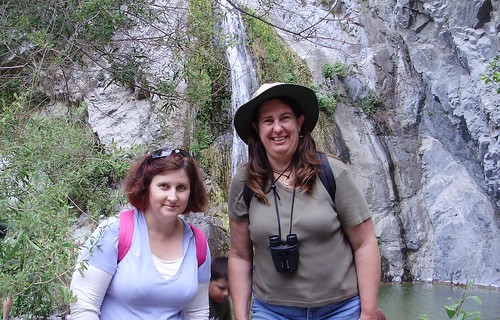 the double duchesses of the salamander pool...
Collapse